Our analyses of technical component services (i.e., services provided by hospital outpatient departments and freestanding radiation therapy centers during a RO episode) and Medicare payments for those services using the RO Model Public Use Episode file provided by the Centers for Medicare and Medicaid Services (CMS) indicate that average episode spending for the technical component was $12,255 during CY 2015-2017 period. As shown in Exhibit 1, the cost differences across these various modalities are significant. Medicare spending for RO model episodes using conventional external beam therapy was $7,528 on average compared to $18,185 for episodes using intensity-modulated radiotherapy and $34,612 for episodes using proton beam therapy.

CMS stated in the proposed rule that “Because the OPPS and PFS are resource-based payment systems, higher payment rates are typically assigned to services that use more expensive equipment. Additionally, newer treatments have traditionally been assigned higher payment. Researchers have indicated that resource-based payments may encourage health care providers to purchase higher priced equipment and furnish higher-cost services, if they have a sufficient volume of patients to cover their fixed costs. Higher payment rates for services involving certain treatment modalities may encourage use of those modalities over others.” 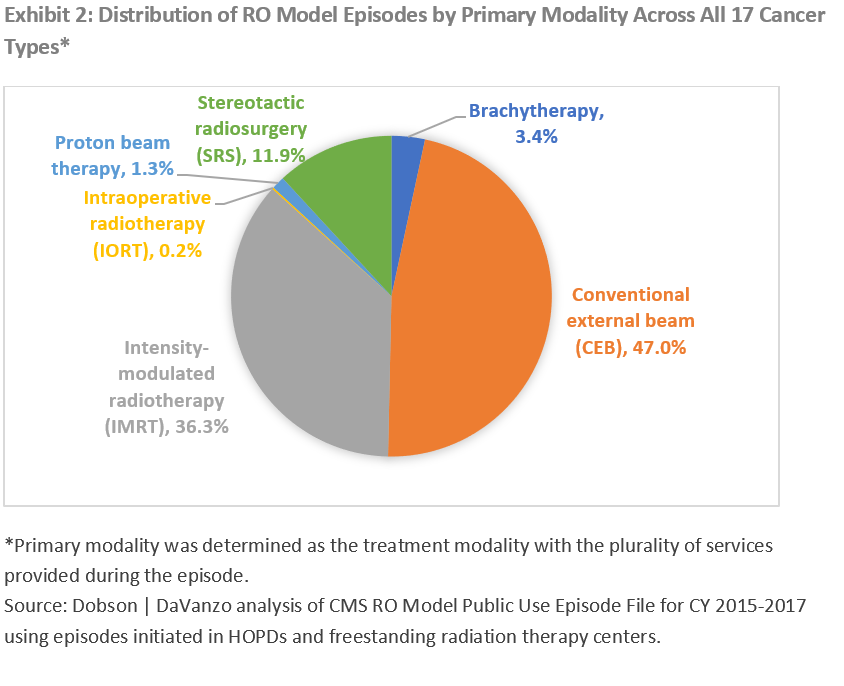 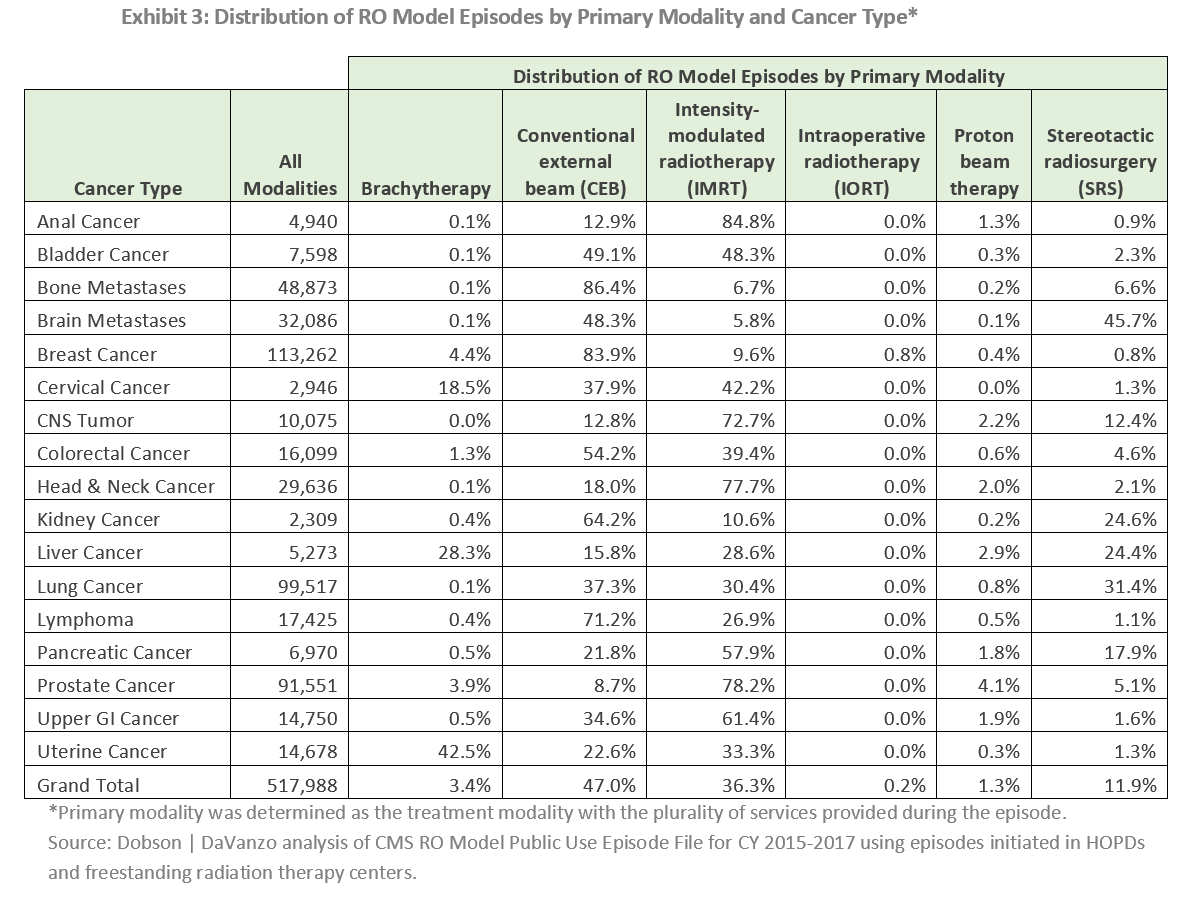 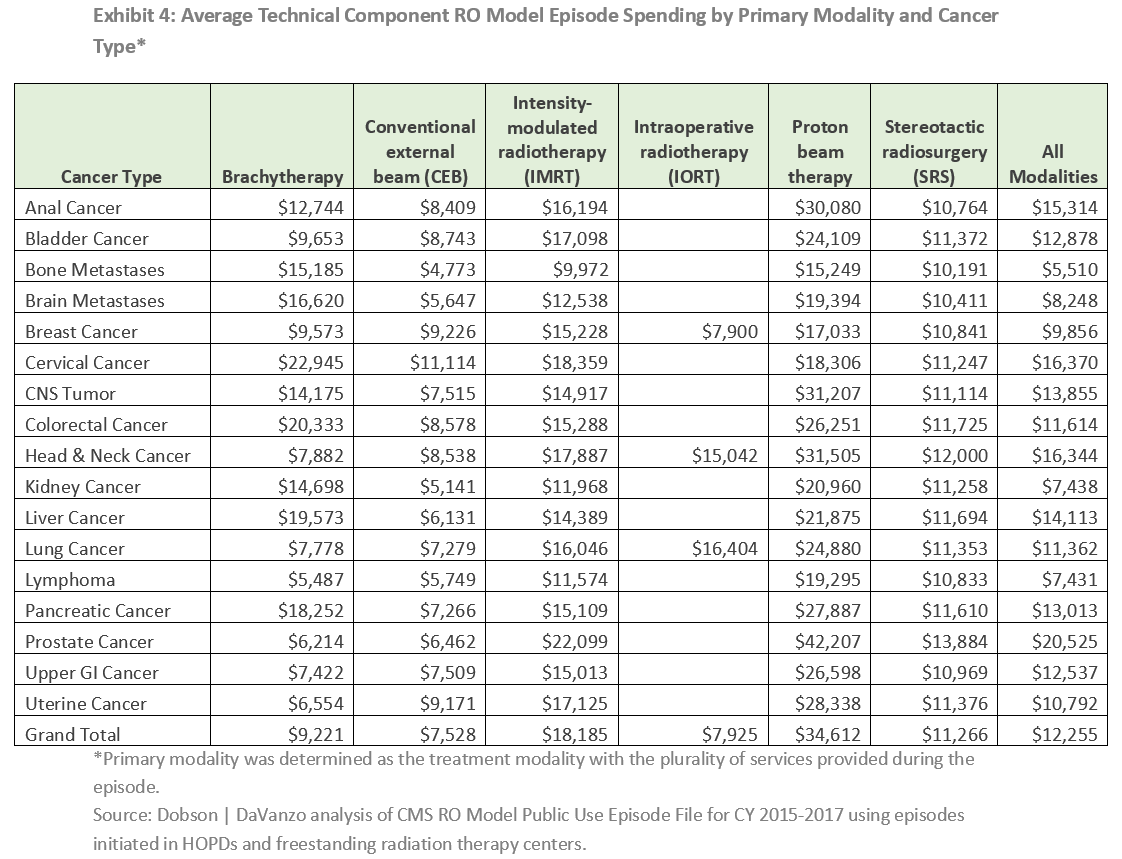 Under the new RO payment model, providers subjected to the model will be paid a single 90-day episodic payment rate for each specific cancer type regardless of the treatment modality selected for the patient. CMS believes that applying the same payment rate regardless of the modality would allow providers to pick the highest value modality for the new price. Under this new payment system, providers will need to assess the value of each particular modality as well as the number of fractions used in order to achieve savings under the model. Since the new payments will be based on the historical blend of modalities used to treat each cancer type, opportunities exist for savings by utilizing lower cost modalities as appropriate. However, providers will need to weigh this strategy against the significant capital investments that have been made to acquire equipment associated with the higher cost modalities.